Dr. Lavette Paige, Founder and CEO of The KING Community Center and adjunct professor of developing leaders at the Lancaster Theological Seminary, was recently presented with the Meck Award. Presented by the Alumni/ae Council of the Lancaster Theological Seminary, this award recognizes distinguished service in the practice of pastoral ministry. Dr. Paige has been a member of the PACT Community Advisory Board since its inception in 2010. Prior to that, she served on the PACT Task Force, which looked at ways to build bridges between University Park researchers and the Harrisburg community. Dr. Paige is one of PACT’s most vocal and supportive community advocates and PACT has greatly benefited from her intelligence and insightful contributions. 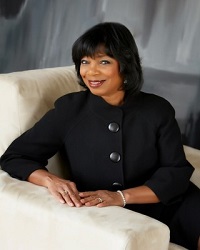