Dawn Witherspoon, Associate Professor and McCourtney Family Early Career Professor in Psychology at Penn State, was named as the incoming Director of PACT effective July 1, 2019. Kristin Buss, past Director (2007 – 2019), is stepping down in order to take on the role of Department Head of the Penn State University Park Psychology Department. Laura Bray, Assistant Professor of Education at Penn State, will join PACT as an Associate Director. Laureen Teti will remain with PACT as an Associate Director as well.

Since arriving at Penn State in 2010, Dr. Witherspoon has created lasting relationships with the Harrisburg, PA community. As Associate Director of PACT and a Penn State researcher, she has enhanced outreach efforts with families and organizations in Harrisburg. In her efforts, she has formed important connections with the Boys and Girls Club, YMCA, and the Latino Hispanic American Community Center (LHACC) in Harrisburg, PA, which has helped to add multiple perspectives and voices to the table regarding the needs of the broader Harrisburg community. She helped to bridge and build these relationships, cultivating trust –an integral part of meaningful community-engaged research. As an active member of PACT, Dr. Witherspoon created the Families, Adolescents, and Neighborhoods in Context (FAN-C) Study, which focused on how the neighborhood context influences family functioning and adolescent well-being in both African American and Latino families. Her research has shown that even though parents and youth live together in the same household, they perceive the problems and strengths of their neighborhoods very differently! Dr. Witherspoon has also collaborated with Dr. Mayra Bámaca (Associate Professor, Penn State) and Gloria Vázquez Merrick (Executive Director, LHACC) on projects in Harrisburg, including Navigating Environments of Latino Families (NELF) and PLACES/LUGARES. Those projects focus on how minority adolescents in a majority-minority community (i.e., a Latino immigrant in a predominately African American community) develop unique ways of navigating and experiencing their neighborhood environments and how these experiences impact parenting practices and youth development.

Prior to arriving at Penn State, Dr. Witherspoon completed a post-doctoral fellowship at the University of North Carolina at Chapel Hill’s Center for Developmental Science and in the Department of Psychology’s Black Child Training Grant Program. Dr. Witherspoon received her doctorate in Community Psychology from New York University. Broadly, her research focuses on the ways in which urban and rural families and youth are influenced by the contexts in which they are embedded, particularly focusing on how neighborhood, school, and family factors affect adolescent’s academic, psycho-social, and behavioral well-being. In addition, Dr. Witherspoon, examines the mechanisms (e.g., racial socialization and identity) by which race and/or ethnicity influence development in these various contexts. Dr. Witherspoon uses both quantitative and qualitative methods to examine her research questions with racially and socioeconomically diverse families. 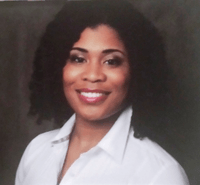